The below post was foreseen to participate on the Personal Finance Olympics series of another blog that no longer exists. I just wanted to share info on Belgium with you so you get to know my little country a little better.

A bus ride is 1,4 euro one way, you pay 300 euro for a year long subscription

Belgians are obsessed with property; As soon as we are born, we want to own our house. We do not like to rent. A lot of parents have this as a major gift to their children: help to buy/build their first house.

Banks use as a rule of thumb to spend max 33 pct of your income on your mortgage. It can go as high as 50 pct, depending on your income. As everywhere, banks like it if you can pay 20 pct of the home value and the associated costs out of pocket.

Mortgages are historically cheap now. You can get as a a good customer a 20 year mortgage for 1pct, fixed! In the good days, you could go as far as 30 years out. The norm now seem to be 20-25 years.

Interest on savings accounts flirts with the legal minimum of 0,11pct per year… (This is not a typing mistake)

We have no personal credit score. There is a database at the national bank that banks can consult to see if you have missed a mortgage or other credit payment in the past.

We pay a lot of taxes. And there is a lot in return. Tax brackets can go as high as 50pct. Add to that city and province taxes… You hit the highest tax bracket around 37 000 EURO income. What is that number in your country?

We pay 27 pct taxes on dividends. This comes on top of the tax in a foreign country.

We have not yet capital gain taxes. This is why I index in accumulating products.

New since this year: a speculation tax of 33pct on profit made when you sell shares within 6 months. This really kills my option hobby. Good news, for now, ETFs are excluded.

The vast majority of people in Belgium goes to a public school. This covers kindergarten (2,5-6 years), primary school (6-12), high school (12-18/19) and higher education (18-23). I would have to use google myself to find out if there are private schools in this field.

To get an idea, the tuition fee of a university would be just below 1000 EURO (2016) per year for any degree. There are some exceptions, not that many. When you want to get an MBA, then you have to go private school with high fees.

As a result, most people graduate in Belgium without any form of student debt. Most parents pay the education of their children,including the transportation, cost of living and housing costs. This is our intention as well.

The pension system in Belgium is layered

First, there is the state pension. For a regular employee with full benefits, this will be somewhere between 1000 – 1600 gross per month. If you are a state servant, you can get double of that. The legal pension age went up from 65 to 67. There are however way more exceptions: people that get full retirement at age 55/60 as a result of restructuring, specific jobs that are excluded,…

Then, some employers have a pension plan. The rules are pretty complex and not standard between companies. In short, there is a personal contribution (optional, chosen by the employer) and the employer contribution. The money is invested in a sort of insurance saving fund, yielding now around 1,5 pct… not something to smile about. Compare this to a 401K where you can invest in almost whatever you want. Long story short: we have no flexibility… we are stuck with insurance products…

The third pillar is a personal pension saving plan. This has tax advantages in exchange for some rules (not available before age 60 unless you pay penalties,…) This money can be invested in insurance type funds or stock market mutual funds. This is one way to get exposure to the stock market with pension savings.

The fourth pillar is whatever you save elsewhere. Here you have the usual taxes and no rules that apply. This is a regular trading account. No advantages, not tax break!

There is also a layered system here.

The first layer is sponsored via the state and available via some semi public organisations. It will cost around 150EUR per year for a family of 4.Here are some of the advantages

Regular doctor visit has a personal contribution of 12 EURO or so;

Hospitals have a good basic service and do not ask for personal insurance for most treatments.

Medicines are cheap. I lately had an injection in my knee. The medicine was less than 2 EUR.

Belgium is by far the best known for its beer. There are more than 1400 different beers 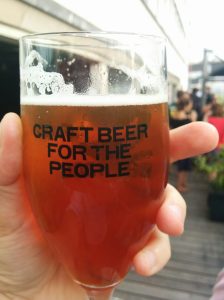 that are brewed in Belgium. We have a very rich and local culture that is fostered by local bars that often serve local beers, next to the more national beers.

Next to that, we are aslo known for our chocolat. Combine this with aBrussels waffle and you know what to do when in Belgium

One other major foundation of our culture are fries. We have in each town/village more than one place where you can go and eat fries. With mayonnaise of course. In less than a 2km drive from where I live,there are 4 such places. We do not live in a city centre. The sad
thing: it is called french fries… Why would that be? The origin of the mistake seems to lie in world war 1 where the American soldiers called it French Fries as the common language in the army was french.

The most famous sports is by far soccer. Closely followed by cycling. None of these really interest me, except when the Red Devils play an international soccer tournament.

Belgians are very big savers. There is approx 250 billion EUR parked on savings account with the banks. Compared to approx 130 billion in mutual funds (sourced from beama.be)

Belgians love to spend time on festivals. Some of the world’s most famous festivals a 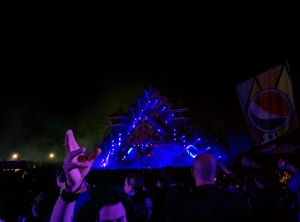 re from Belgium. To name a few: Rock Werchter and Tomorrowland. I have been to both and highly recommend them.

Weather wise, we really have the four seasons. Snow and freezing temperatures in the winter. Not enough to ski – we have no mountains, yet enough to mess up the public life and traffic and have a snowball fight.

Summer can go up to 30°C, sometimes more. Very often with thunderstorms and periods of rainy days that last a week…

Spring is nice… almost sure to have a few summer days already. The nature comes alive again…

Autumn has always some indian summers that surprise us in October. The colors outdoors are gorgeous

Out of Brussels, you can visit almost any part of the country in less than 1u30 drive. Cities like Bruges, Ghent, Antwerp, or regions like the coast, the ardennes are all in driving distance. On top of that, the railway system is well developed. You can jump on a train in
Brussels centre and be in Oostende – the queen of our coast cities -in 1:20. Ideal for a day trip.

Belgium is a very small yet very complex country. To give you an idea,here are some numbers out of the 2015 statistics report.

As a country, we are composed out of 4 communities: Flanders, Wallonia, Brussels and the German Community.

We have a total of 6 governments to govern such a small country. We have around 19 political parties (mainly because they each have a Dutch and French version)

We are a Kingdom. You get born as a Prince/Princess. Only recently, women can become
queen of Belgium. Before that, it was a male only thing.

The real power is with each government and the parliament.

We have approx 392 Billion of debt… Ooops.
With this short introduction of Belgium, I hope to meet you when you
are coming to our little country.